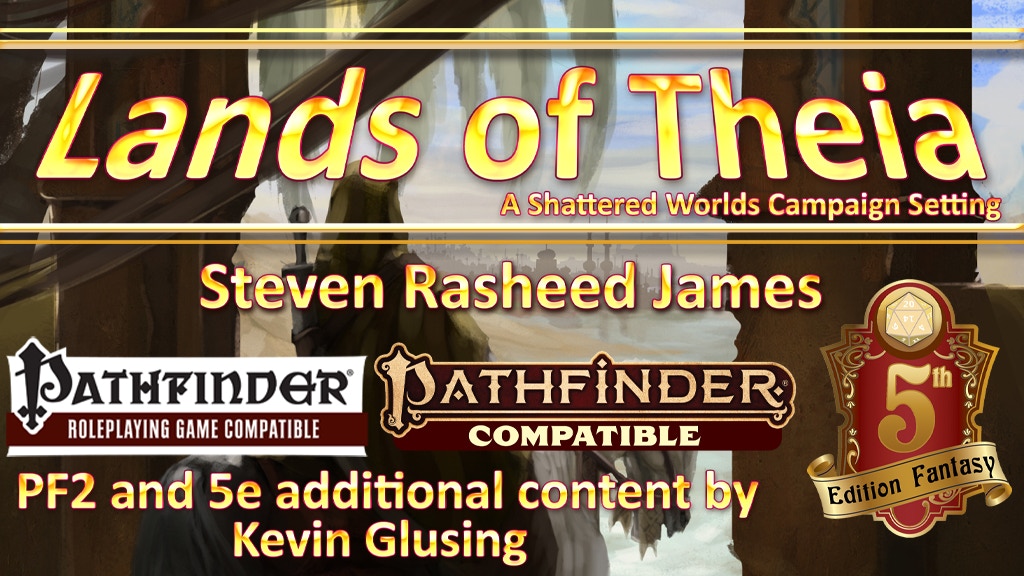 Latest Updates from Our Project:

It's been a year since we ran this project, and we've all been through a lot in that time. Thankfully, I was lucky enough to be able to keep working on it even as we moved to full time work at home and adjusted to the new normal. After several months, we are finally done with the Pathfinder 1e version of Lands of Theia and can put in our print specs for the PoD version of that book. The updated PDF will go out shortly, so keep an eye on your emails.

Here's a list of the changes made in this final update.

Some highlights from the finished monster section.

So, with that out of the way, what's next?

Steven and I have greatly appreciated your dedication to making Lands of Theia happen. I know he has some more great things planned that we'll get published once they're ready, including the first of his adventure paths set in Inframundo, "The Stonehewn Legacy." We got to playtest it recently, and I think you're going to love how it delves into Theia's underground region, it's people, and the mysteries hidden in the west.